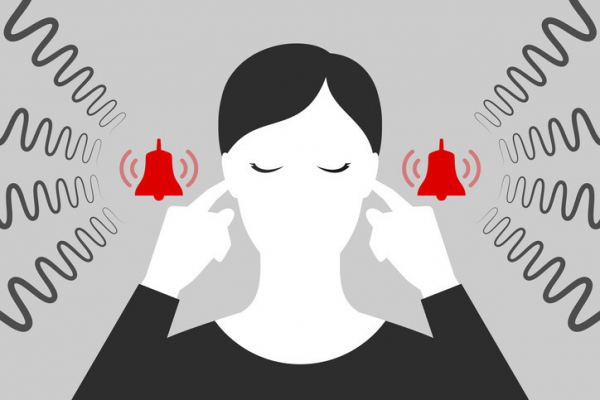 That recurring sound that you hear but nobody else does? It’s not all in your head. Well, not exactly.

You may be one of the estimated 50 million-plus people who suffer from tinnitus. The mysterious condition causes a sound in the head with no external source. For many it’s a high-pitched ringing, while for others it’s whistling, whooshing, buzzing, chirping, hissing, humming, roaring, or even shrieking.

The sound may seem to come from one ear or both, from inside the head, or from a distance. It may be constant or intermittent, steady or pulsating. One approach to managing this condition is different forms of sound therapy intended to help people tune out the internal soundtrack of tinnitus.

There are many possible causes of tinnitus. Long-term exposure to loud noises is often blamed. But other sources include middle ear problems like an infection, a tumor or cyst pinching nerves in the ear, or something as simple as earwax buildup. Tinnitus also can be a symptom of Meniere’s disease, a disorder of the balance mechanism in the inner ear.

Even old-fashioned aging can lead to tinnitus, which is common in people older than age 55. As people get older, the auditory nerve connecting the ear to the brain starts to fray, diminishing normal sounds.

“Neurons (nerve cells) in areas of the brain that process sound make up for this loss of input by increasing their sensitivity,” says Daniel Polley, director of the Lauer Tinnitus Research Center at Harvard-affiliated Massachusetts Eye and Ear. “The sensitivity knobs are turned up so high that neurons begin to respond to the activity of other nearby neurons. This creates the perception of a sound that does not exist in the physical environment. It’s a classic example of a feedback loop, similar to the squeal of a microphone when it is too close to a speaker.”

At times, everyone experiences the perception of a phantom sound. If it only lasts for a few seconds or minutes, it’s nothing to worry about. However, if it pulsates in sync with your heart rate, it’s definitely something to get checked out by a physician, says Polley. If it’s a relatively continuous sound, you should see an audiologist or otolaryngologist (ears, nose, throat specialist).

There is no cure for tinnitus, but it can become less noticeable over time. Still, there are ways to ease symptoms and help tune out the noise and minimize its impact. Treatments are a trial-and-error approach, as they work for some people but not others.

One often-suggested strategy is sound therapy. It uses external noise to alter your perception of or reaction to tinnitus. Research suggests sound therapy can effectively suppress tinnitus in some people. Two common types of sound therapy are masking and habituation.

Additional approaches may help with tinnitus

Depending on your diagnosis, your doctor also may recommend addressing issues that could contribute to your tinnitus.